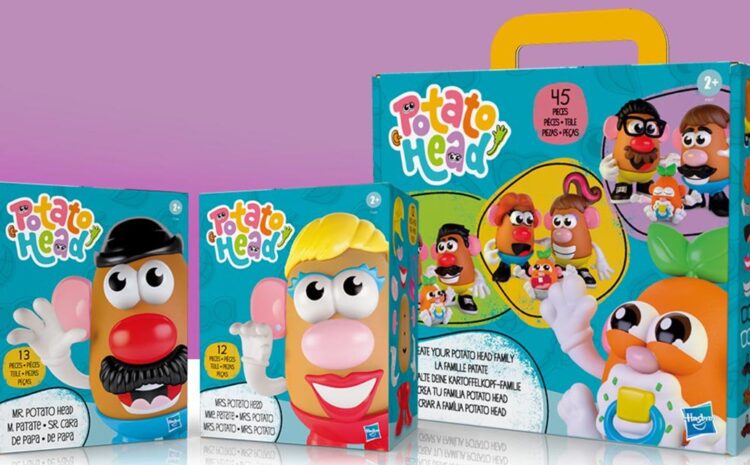 I did not plan on discussing the following as my first blog post. In fact, I was in the process of writing about the relationship between training and coaching when something unexpected happened: Mr. Potato Head appeared on my screen. Apparently, Hasbro — in an effort to be more inclusive– decided to rebrand Mr. Potato. The iconic toy will now simply be known as “Potato Head.”

“Cool, what a great idea,” I thought. To my dismay, though, the story on my screen was equal parts news and outraged commentary.  One social media commentator wrote, “Who was actually offended by Mr. Potato Head being male? I want names. These woke imbeciles are destroying the world.”

The assumption that Hasbro made this decision based on someone being offended is an interesting and telling one. Why would one assume that Hasbro, or any other company, would make a decision based on nothing more than a complaint? The inability or unwillingness to consider the possibility that a company made this decision in alignment with their own “wokeness” suggests a lack of situational awareness. If a company makes a decision about a product based solely on someone being offended, that is a poor business decision. Let’s face it, no matter what decision a company makes, someone is going to be offended. No business or person should make a decision based on an offense. Decisions should be based on values, and who you want to be in the world. Hasbro has been clear about who they want to be in this world. As its website states:

At Hasbro, we play with purpose. We are using our business as a force for good and building a safer, more sustainable and inclusive company and world for all. At Hasbro, we believe that supporting all people and promoting inclusion across our business and society makes the world a better place for all. We’re committed to creating a diverse and inclusive culture that helps employees know they are valued, respected and empowered to bring their best ideas forward. We celebrate diversity because we believe that rich, varied perspectives generate the best ideas, which in turn help us reflect diversity, inclusion and belonging across our brands and play experiences.

I don’t now, nor have I ever, worked for Hasbro, yet I am going to go out on a limb and say that I seriously doubt anyone told Hasbro they were offended by Mr. Potato Head. In fact, I hope no one told Hasbro they were offended by the toy, not because they shouldn’t have been, but because I hope Hasbro made this decision based on their values and who they want to be in the world.

Many company leaders are engaged in the question of diversity, equity, and inclusion (DEI) and taking deep dives into hard questions. What does DEI mean for us as an organization? What does it mean for our employees? Our stakeholders? Our customers?  Based on its corporate social responsibility (CSR) statement, Hasbro must have taken a deep dive into how it can be more inclusive. Part of this work requires analyzing every aspect of your company, not just “how to be more inclusive” but how to be less exclusionary. How do we remove those unintentional — and sometimes intentional — barriers? How do we make our products and services fully inclusive? In that deep dive, Hasbro hit the bottom of the pool on Mr. Potato Head.

Here is how I imagine that conversation going:

CEO: “Wait, what? You want us to change the name of one of our oldest, most enduring, and most profitable toys to WHAT?!?”

DEI Officer: “Yes. In alignment with our CSR statement … you know … the one prominently displayed on our website about play with purpose and supporting all people and our focus on diversity and inclusion.”

CEO: “Yes, but, it’s Mr. Potato Head for goodness sakes. Is nothing sacred?”

CEO: “Dang, living up to our corporate social responsibility is really, really hard.”

Okay, so I threw in a vaguely veiled reference to my Trekkie side and I know the conversation did not actually go down like that. In fact, I am fairly certain there were countless reports, analyses, conversations, debates, arguments, alliances, and “Game of Thrones”-style cafeteria battles about this decision. I have no doubt there are still people at Hasbro who are opposed to this change, but I am pretty sure if you had to reduce such a decision down to a singular television scene this would capture the essence.

The Courage To Live Stated Values

It isn’t always easy living your stated values. Often it is downright hard.

Now, this blog could go in a lot of different directions. We could talk about centering maleness or centering cis gender. We could talk about how cultures around the world have recognized for millennia that gender is not binary. This blog, however, is about living your stated values, and Hasbro, at this moment, is a prime example of doing just that, even when it is hard and even when you’re criticized. And let’s be clear…you will be criticized.

Doing the work of DEI is not about avoiding offense. It is about defining who you are and who you want to be and then having the courage to live that – without being told to do so. Hasbro very likely did not make this decision to avoid offense. In fact, this decision has offended many, but Hasbro knew that going in and had the courage to live their values in spite of that.

The Sleepwalkers and the Awake

Circling back, consider the question posed by an online commentator earlier (“Who was actually offended by Mr. Potato Head being male? I want names. These woke imbeciles are destroying the world”). By what is the author of this tweet offended? What is the root of this anger? Might the person feel fearful that the world is changing? Does the world not look the same as it did when they were growing up? Is this person threatened that gender is not binary? Do they feel belittled that their gender is not the pinnacle of the universe?

It is not the woke individuals destroying the world, but rather the very loudly sleepwalking individuals who — in all their night terror flaying — are trying to keep those who are awake from “supporting all people and promoting inclusion across business and society to make the world a better place for all.” I think the author of this tweet needs some DEI coaching.