The Curious Case of Centering & Othering 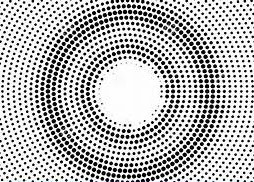 “African American voters are voting in just as high a percentage as Americans.”

The above may be the most obvious example of a Freudian Slip. Well… maybe not. A Freudian Slip reveals some unconscious aspect of the mind, and I don’t believe this was at all unconscious.

Senate Minority Leader Mitch McConnell has been demonstrating for years what he thinks of people who are not white and, for that matter, people who are not cis-gender white males. On January 19, 2022, for the record, he actually told us very directly in his own words. When given an undue opportunity to clean up or clarify his statement, he simply didn’t. Instead, Mitch referred back to his point of voter registration and never addressed the fact that he blatantly separated and distinguished African Americans from Americans. He centered whiteness (in this case as Americans) and “otherized” African Americans.

To be clear—and not by any means letting Mitch off the hook—Mitch McConnell is not the only person who does this, either consciously or unconsciously. African Americans have been “othered” in this society since our country’s very inception. The creation of the “other” results from the centering of whiteness. “Center” and “other” are embedded in the very psyche of the U.S. and we see and hear it every day.

What does centering actually do? Centering normalizes all those at this perceived center and otherizes everything else. The perceived and self-appointed center becomes that which against all else is compared and value is measured. Take, for example, the terms people of Color and BIPOC (Black, Indigenous, People of Color). These terms only exist to distinguish someone as not white, hence centering whiteness and otherizing all else. Othering, however, negates one’s individual humanity, minimizing their worth, and in this Mitch instance, denies their rights. The inherent worth and rights are greater for the centered group than for the “other” group.

Terms like people of color and BIPOC minimize and erase the individuality within the group. Even BIPOC, which seeks to individuate some elements of the group, not only centralizes white but also lumps anyone who is not white into one group. There’s white, and then there’s everyone else. I hear the argument all the time that diversity is not just about Black and white, and I agree. However, the terms white and people of color have created this “Black and white” “us and them” mentality that persists today. Mitch’s comment reveals and perpetuates that. The question from the reporter in the press room that day to Mitch was, “What is your message to voters of color?” Mitch’s response was specific and directed.

“African American voters are voting in just as high a percentage as Americans.”

I am intentional about not blogging about people. Why? A discussion about a person distracts from the larger, more productive conversation about society. Focusing on Mitch concentrates behavior on one single bad actor. We should be clear that this is not a Mitch issue; this is a societal issue. Mitch should not be in office—he should not be in any position of power. This society created Mitch and is still making little Mitches to this day and this hour. In addition to ousting the Senate Minority Leader from power, we must simultaneously dismantle the ongoing creation of Mitches. One way to do this is to stop centering whiteness and otherizing everyone who is not racialized white.